The Tenth International conference "Research and Investment in technological innovation – a crucial factor for defence and security" was held on the 1 of October, 2020 within the XIV International Defense Equipment and Services Exhibition "Hemus 2020 – Defense, Antiterterrorism and Security". The “Professor Tsvetan Lazarov” Defense Institute and “Hemus-95” Foundation were co-organizers of the event.

More than 130 delegates and guests from the country and abroad took part, as follows: from the Bulgarian Ministry of Defense, Ministry of Economy, Headquarters of Defense, Joint Force Command, Armed Forces Commands, military education system and other state structures, the academia, military diplomatic representatives and representatives of Bulgarian and foreign companies and organizations from the Defence industry. More than 70 scientific reports were presented.

The conference was opened by the Director of the Defence Institute Col. PhD Dimitar Kirkov. The Deputy Ministers of Defense Mr. Anatoly Velichkov and Mr. Atanas Zapryanov, in his greetings to those present, united around the thesis that using the possibilities of science to build modern defense capabilities of the armed forces is a priority of the Ministry of Defence.

Mr. Velichkov stressed, that in the years of underfunding of defence, many programmes, guaranteeing scientific development and scientific education, could not be implemented. There are currently many new opportunities for defence research, that have a clear theme and can rely on funding by European programmes and support from the Ministry of Defence. In this regard, Mr Velichkov thanked the Director and Deputy Director of the Defence Institute for their shared positive experience with the participants in the Industrial Forum on the successful inclusion and participation of the Institute in scientific projects and experiments within the EU and NATO. According to the assessment of the Deputy Minister of Defense Mr. Atanas Zapryanov, the Strategic defence review with Horizon 2032 focuses on achieving a new, modern look of the Bulgarian Army and here he emphasized the essential role of the scientific community. He underlined, that innovation is at the heart of achieving excellence in modern operations. We cannot afford to lag behind in such areas as cyberspace, biotechnology, artificial intelligence, robotics, etc.

Interest among the participants sparked the other two plenary sessions, during which research and solutions in the field of defence and security were shared and discussed, thematically oriented towards the armaments, combat systems and technologies, communication systems, cybersecurity, military-political, social and economic aspects of defence.

The forum passed with increased interest and expected success from the organizers. 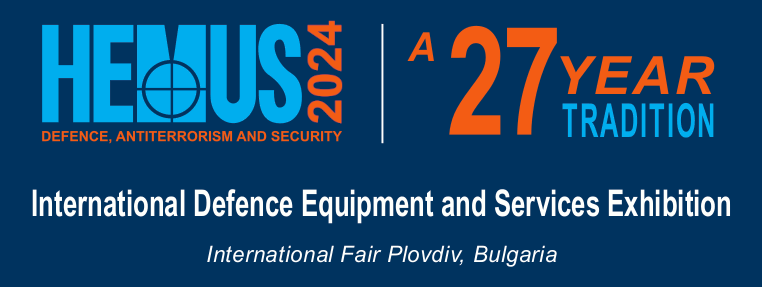